Hearty breakfasts and delicious, authentic, cuisine at local restaurants for lunches and dinners—with meals times tailored to maximize your experience.

Learn the traditional production processes and techniques for making the beautiful style of bamboo and oil-paper umbrellas for which the local Taiwanese Hakka craftspeople are known. These umbrellas are meant to offer protection from both sun and rain, symbolize prosperity and are designed to convey special meanings in the Hakka language.

Learn the traditional production processes and techniques for making the beautiful style of bamboo and oil-paper umbrellas for which the local Taiwanese Hakka craftspeople are known. These umbrellas are meant to offer protection from both sun and rain, symbolize prosperity and are designed to convey special meanings in the Hakka language.

Arrive in Taiwan and meet your ACIS Tour Manager. After a welcome dinner, featuring local barbecue, you'll have time to explore the famous Ximending District, a dazzling hip and trendy shopping and entertainment area that was the first pedestrian zone in Taiwan.

The day begins with a stop at the Presidential Office, where you'll learn more about Taiwan's colonial past and cultural heritage, as well as Taiwan's cultural and political development over the past 60 years. Then continue on to National Chiang Kai-shek Memorial Hall, the most prominent historical landmark in Taiwan. It was erected in honor and memory of Generalissimo Chiang Kai-shek, the former President of the Republic of China. The next stop is Dingshan Shell Temple, which is completely made of seashells and corals. It's like visiting a palace under the sea! Be sure to walk through the tunnel to receive a blessing. After lunch at local restaurant, you'll travel to the picturesque mountain town of Jiufen, which many people view as a real-life twin to the town in the anime movie, Spirited Away. Explore the Old Street and Gold Museum before returning to Taipei. The day concludes with an evening view of Taipei 101 (one of the tallest buildings in the world at 1,671 feet high).

After a high-speed train ride to Chiayi, you'll proceed to Alishan National Scenic Area Enjoy a boxed lunch before taking a ride on the Alishan Forest Railway (the Zhaoping line) through Zhaoping Park and the Giant Tree Trail, home to towering, millennia-old cypress, spruce and yellow cedar trees. The railway comprises an 86km (53 mile) network of 2ft 6in narrow-gauge railways that run up to and throughout this popular mountain resort. Then enjoy a drive along Provincial Highway 18, which passes through lush bamboo forests. Savor the fresh aroma emanating from the Alishan Tea Plantations, which produce world-renowned Alishan Oolong Tea—the perfect introduction to Taiwan's acclaimed high-mountain oolongs. The day concludes with dinner at your hotel.

Rise early (it's worth it!) and take the Zushan Line of the Alishan Forest Railway to catch a gorgeous Taiwanese sunrise over Jade Mountain. After returning to your hotel for breakfast, spend the rest of the morning relaxing in Alishan, a nature-lover's paradise. In the afternoon, you'll visit YuYuPas Cultural Park, home to the Tsou, an indigenous tribe, and noted for its tea gardens and parlors. Then travel to Chiayi for the night.

Start the day with a coach bus ride to Tainan, a former capital of Taiwan known for its fortresses and temples. You'll visit two of the city's best-known landmarks, Chihkan Tower, the oldest building in Tainan's West Central District, and Anping District's Anping Fort, originally built as Fort Provintia in 1652 by the Dutch. You'll also stroll down Anping Old Street, a long narrow alley filled with charming trinket shops and vendors selling delicious traditional Taiwanese food. After lunch at a local restaurant, you'll learn more about the history of Tainan at the beloved art deco Hayashi Department Store, Taiwan's first culturally innovative department store. The store is a historical site in the local area and has a long history. Then it's time for walking and exploring Shennong Street. A century of evolution has transformed the original river port into a city road. The old-fashioned and outdated street was formerly in decline, but it has become a hub of culture creation and art distribution in recent years, and it's now a mecca for young art enthusiasts in Tainan. Perhaps you'll try the refreshing fresh-fruit shaved ice, a popular dessert.

Visit the mural-filled Winnie the Pooh Village to explore the town's street art, which includes Hello Kitty, Marvel Universe, and other cartoon characters, as well as Winnie and Piglet themselves. After enjoying lunch at a local restaurant, take a boat ride on a more than 200-year-old canal that meanders through the Sicao Green Tunnel, formed by a dense canopy of mangrove trees. Your next stop is the awe-inspiring Fo Guang Shan Monastery (Buddha Museum), one of the largest Buddhist temples in Taiwan. It's home to a 100 meter (328 foot) statue of a golden Buddha, as well as 500 smaller versions of the religious deity. The day concludes at the Liuhe Night Market, a smorgasbord of local cuisine. Bring your appetite—you'll receive local currency from your ACIS Tour Manager to spend on samples of specialties such as papaya milk, fried squid, soy-braised duck and oyster omelets!

Proceed to the bustling port city of Kaohsiung. Start your tour with a stop at Meinong Folk Village, where you'll learn about the cultural influence of the Hakka, a Chinese ethnic group. You'll also get a chance to channel your inner artisan by participating in a paper umbrella making workshop in the Hakka-style. Then get out your camera as you visit Lotus Lake, a beautiful artificial lake surrounded by stunning temples. Your last stop is a tour of the Formosa Subway Station/Pier 2, considered one of the most beautiful subway stations in the world. Its centerpiece is the breathtaking Dome of Light, a nearly 100-foot-diameter stained-glass masterpiece with 4,500 glass panels. The night concludes with a delicious farewell dinner. 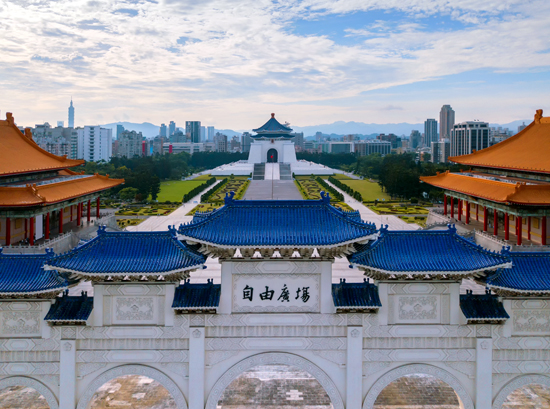 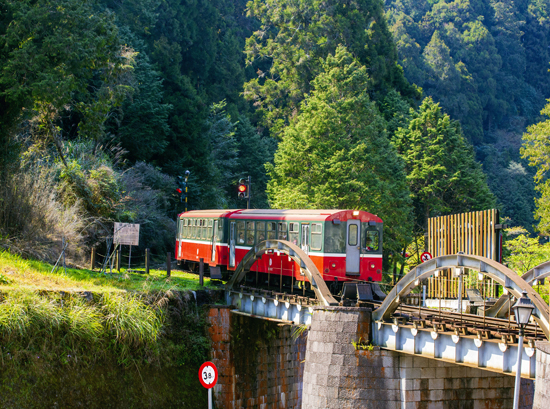 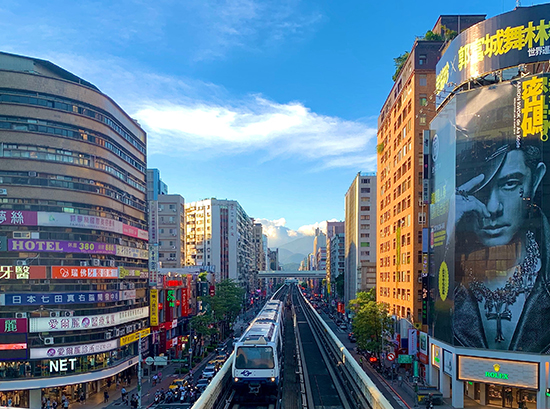 ACIS really gets it. It is not just about where we go and what we see, it is about experiencing cultures and people as a valued part of a team. We are together sharing the wonders of travel. Priceless.” Eveline J  Group Leader