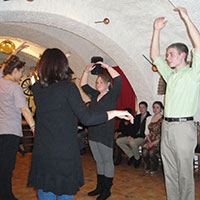 Strap on your dancing shoes and prepare for a night of dancing and dinner, flamenco style. Consider the origins of this festive and colorful traditional art form during a walking tour of Granada's Sacromonte area before having a lesson in the steps of a flamenco-style Sevillana in one of the neighborhood's famed caves. Walk the short distance from the caves to dinner, then watch your teacher perform in a professional flamenco show that will inspire you to keep moving with the music all night long. Olé!

Strap on your dancing shoes and prepare for a night of dancing and dinner, flamenco style. Consider the origins of this festive and colorful traditional art form during a walking tour of Granada's Sacromonte area before having a lesson in the steps of a flamenco-style Sevillana in one of the neighborhood's famed caves. Walk the short distance from the caves to dinner, then watch your teacher perform in a professional flamenco show that will inspire you to keep moving with the music all night long. Olé! 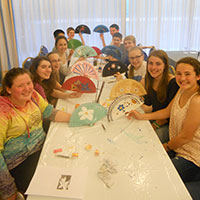 The elegantly decorated folding hand fan has a long history in the society of Spain. Whether a fashion accessory, means of communication, concealer of emotion, status indicator or purely an object of art, it remains a symbol of the nation's culture. Join an expert from the Escuela de Bellas Artes who will teach you about the history of the fan, different styles and the types of ornamentation before you design and paint your own Spanish fan.

The elegantly decorated folding hand fan has a long history in the society of Spain. Whether a fashion accessory, means of communication, concealer of emotion, status indicator or purely an object of art, it remains a symbol of the nation's culture. Join an expert from the Escuela de Bellas Artes who will teach you about the history of the fan, different styles and the types of ornamentation before you design and paint your own Spanish fan.

Bienvenidos a España! Upon arrival in Madrid, meet your ACIS Tour Manager and drive a short distance to Toledo. The home of renowned painter El Greco, the city's history and culture reflects a fascinating blend of Christian, Islamic and Jewish influences.

Today's activities will center on a guided tour of this old Visigothic capital. With an expert local guide, explore some of the city's most sacred landmarks, including the Medieval Synagogue; the Church of Santo Tomé, home of El Greco's masterpiece, The Burial of the Count of Orgaz; and a complete tour of the treasures of the Toledo Cathedral. The structure is considered one of Europe's finest examples of medieval Spanish Gothic architecture and the sacristy showcases paintings by Velázquez, Goya and El Greco. In the afternoon, you'll visit the imposing Franciscan Monastery of San Juan de los Reyes, built in the 1400s by King Ferdinand II and Queen Isabella I, known as the Catholic Monarchs.

Journey to beautiful Granada, situated at the foot of the Sierra Nevada mountains and home to Europe's greatest Moorish legacy. Upon arrival, visit the Granada Cathedral. Built by Queen Isabella in the early 1500s, it's an awe-inspiring example of Spanish Renaissance architecture. In the evening, tour the fascinating caves of the Sacromonte neighborhood, carved into hills above the Darro River. Stopping in one of these caves, learn the steps to Spain's most famous art form during a flamenco dance lesson. After a special dinner featuring regional cuisine, your instructors show you how it's done during a dramatic flamenco show featuring this intense and impassioned dance that's based on Andalusian folkloric traditions.

The morning starts with a sightseeing tour of the world-famous Alhambra, including the fragrant Generalife Gardens, led by a local guide. You'll marvel at this sprawling palace and fortress, considered one of the greatest feats of Moorish art and architecture. It was here that Christopher Columbus received Queen Isabella's endorsement for his world-changing expedition. Later, you'll head for Seville, the capital of Spain's Andalucía region.

Begin the day with a guided tour of Seville, led by a local expert. You'll visit the city's immense Gothic Cathedral, which houses the tomb of Christopher Columbus. It also features the grand 342-foot-tall Giralda Tower, which offers panoramic views of the city. The Moors built the tower as a minaret for a mosque, but Christian rulers later converted it into a Renaissance-style bell tower—an example of the city's role as a religious crossroads and battleground through the centuries. In the afternoon channel your inner artisan during a Spanish fan painting workshop, led by an expert instructor from the Escuela de Bellas Artes. In the evening, you'll stroll through the old section of the city, walking past the unusual Torre de Oro, a dodecagonal military watchtower built in the 1200s, and into the Parque María Luisa, a gorgeous park that stretches along the serene Guadalquivir River.

Drive north to Guadalupe this morning, where you'll visit the magnificent Royal Monastery of Santa María de Guadalupe, a UNESCO World Heritage Site and one of the most important religious destinations in Spain. According to legend this spiritual center stands on the spot where a shepherd found a buried statue of the Virgin Mary, apparently hidden by residents from Moorish invasion hundreds of years earlier. The Monastery symbolizes two significant events that occurred in 1492—the end of Muslim influence on the Iberian Peninsula and the discovery of the American continent by Christopher Columbus—and its famous statue became a powerful symbol of the Christianization of the New World. Then you'll travel to Madrid, Spain's elegant central capital.

Madrid's rich heritage comes alive on your guided sightseeing tour of classic Spanish boulevards, grand plazas, and the diverse architecture of modern-day Madrid. Highlights include the Plaza de España, where a monument to author Miguel de Cervantes is flanked by statues of his immortal creations Don Quixote and Sancho Panza, the majestic Alcalá Gate and the famous Las Ventas bullring. Then you'll visit the magnificent Prado Museum, where your timed reservation enables you to skip the long lines to enter this crown jewel of the art world. Here an expert guide will provide illuminating commentary about the works of Velázquez, Goya, Raphael, Rubens, Bosch and other giants of European art. Even the 18th-century Neo-Classical building that houses the collection is stunning. In the afternoon you'll have free time to explore more of the city at your own pace. Perhaps immerse yourself in sites that reflect the city's rich religious heritage, such as the stunning Almudena Cathedral.

A full-day excursion begins with a morning trip to Ávila, a walled city with centuries-old cobblestone streets. Here you'll visit the revered and fortress-like Ávila Cathedral, one of Spain's first Gothic cathedrals, and the Convent of Santa Teresa de Jesus, which honors Saint Teresa, who worked with St. John of the Cross to reform the Carmelite orders. Then you'll travel to El Escorial to visit the Royal Monastery of San Lorenzo de El Escorial. Also a World Heritage Site, King Philip II had the great building complex constructed to serve a place for his father, Holy Roman emperor Charles V, and future Spanish monarchs to be interred, as well as a Hieronymite monastery and a palace. Return to Madrid in time for dinner and your final evening in Spain. 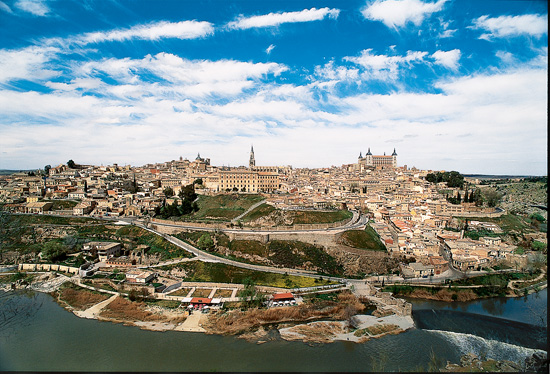 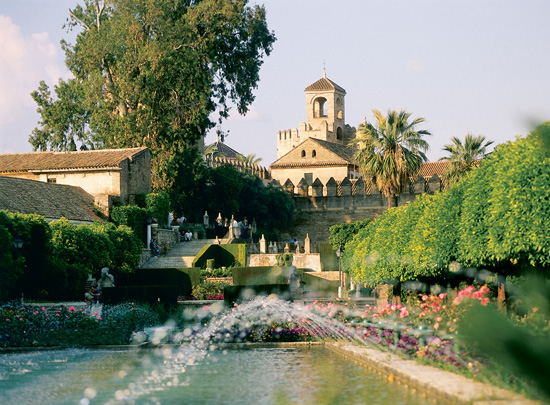 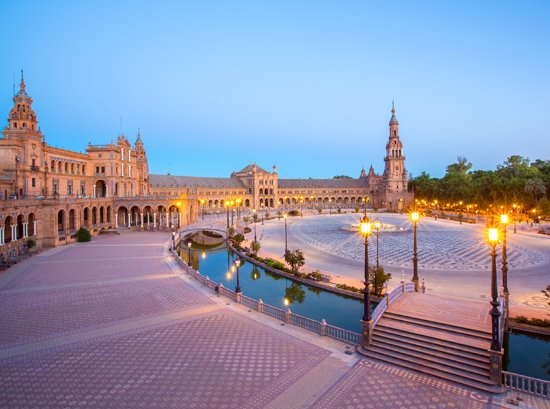 One student said, "I'm having the time of my life!" Another one said, "I do not want to go back!" Spain is amazing!” Adrian M  Group Leader