Amsterdam, the Rhine and Lucerne

Amsterdam, the Rhine and Lucerne Get Started
Depart 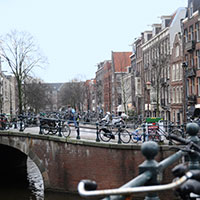 Lace up your sneakers, hop aboard a bike and explore Amsterdam on two wheels. You'll discover that sightseeing by bicycle is a fun way to get close to the city's most famous cultural attractions. Glide past the mansions of powerful burghers, around the network of lovely canals and more as your guide tells tales of historical and modern interest.

Lace up your sneakers, hop aboard a bike and explore Amsterdam on two wheels. You'll discover that sightseeing by bicycle is a fun way to get close to the city's most famous cultural attractions. Glide past the mansions of powerful burghers, around the network of lovely canals and more as your guide tells tales of historical and modern interest.

Arrive in Amsterdam, the capital of the Netherlands and a city known for its rich art heritage; canals lined with tall, skinny houses and dotted with graceful bridges; and its bike-friendly ethos. Begin to explore this amazing city, perhaps first sampling some of the iconic sweet and gooey stroopwafels. You may wish to admire tulips in every color at the city's famous floating Bloemenmarkt, wander the charmingly arty and atmospheric Jordaan neighborhood or visit a lesser-known museum such as the Willet Holthuysen, where you can explore the perfectly preserved grand canal house of a lavishly wealthy Golden Age family.

Amsterdam is consistently ranked as one of Europe's top two or three bike-friendly cities, so it's only fitting to start the day with a bike tour of this captivating city. Later, you'll trade in wheels for water when you take in city sights from a boat during an evening canal cruise, which underscores why Amsterdam is called the Venice of the North.

The day’s activities start with a drive across the border into Germany, where you’ll stop to visit Trier. One of Germany’s oldest cities, Trier is noted for attractions such as its fortress-like Cathedral of Trier; the Porta Nigra, an imposing and ancient Roman gate; and a Roman amphitheater. Then you’ll continue on to the Rhine valley.

Begin the morning with a visit to Koblenz, a picturesque town established more than 2,000 years ago as a Roman military outpost at the confluence of the Rhine and Moselle Rivers. After lunch in the town of Boppard, you’ll board a boat for a cruise along the historic Rhine River, one of Germanys most important navigable waterways. When the cruise ends, you’ll hop aboard a bus and head for Heidelberg, home to the venerable Heidelberg University, founded in 1386.

Kick off the day with a walking tour of Heidelberg, led by your ACIS Tour Manager. The tour includes entrance to the centuries-old Heidelberg Castle, which towers over the city. In the afternoon, enjoy free time to explore more of this romantic city at your own pace. Perhaps you’ll stop for an order of crunchy kartoffelpuffer (potato fritters) as you walk along the city’s main thoroughfare, the pedestrian-only Hauptstrasse, then maybe visit the Kurpfälzisches Museum, devoted to the arts and archaeology, or the German Pharmacy Museum, which focuses on the history of Western pharmacology, in which Germany played a key role. Or perhaps you’ll visit the awe-inspiring Church of the Holy Spirit, which dominates the city’s skyline. A 208-step climb to the top of the steeple affords a sweeping bird’s-eye view of the city.

In the morning, you’ll travel across the French border to charming Colmar, a postcard-perfect town filled with cobblestone streets, canals and half-timber buildings that date back to the Middle Ages. After eating lunch, you’ll continue on to Lucerne, one of Switzerland’s most beautiful cities.

This morning, your Tour Manager leads a walking tour of Lucerne, nestled amid the Swiss Alps on the shores of its namesake lake. The city’s most-famous landmark is the 669-foot-long Kapellbrücke, Europe’s oldest covered bridge, built in 1333. The tour includes entrance to the Verkehrshaus Museum, which chronicles the fascinating history of Swiss transportation. In the afternoon, you may choose to take an optional excursion to nearly 7,000-foot-tall Mount Pilatus via the world’s steepest cog railway. Don’t forget your camera–on a clear day, you can see 73 mountain peaks in the surrounding Swiss Alps. Wunderbar! 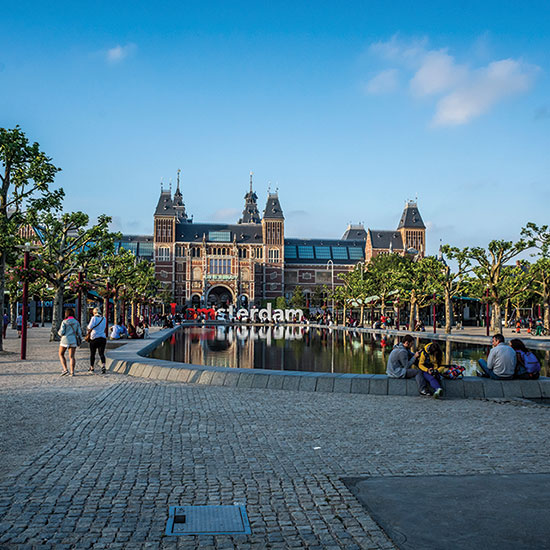 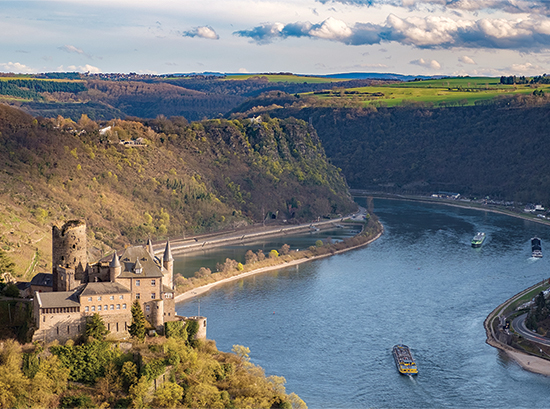 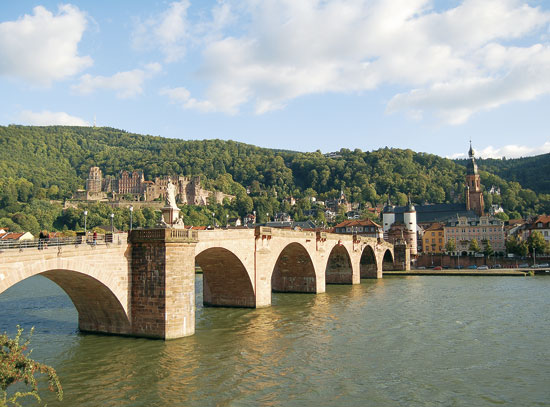 My trip was the most amazing experience. Seeing the architecture and the shops in each city was so beautiful. I loved being able to experience how different each city was from my own.” Juliana C  Participant