Tuscany to Rome by Train

Tuscany to Rome by Train Get Started
Depart

Via Appia Antica by Bike 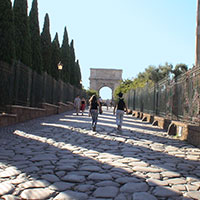 Via Appia Antica by Bike

Explore the most famous of all roads that lead to Rome, the ancient Via Appia Antica, by bicycle.

Explore the most famous of all roads that lead to Rome, the ancient Via Appia Antica, by bicycle. 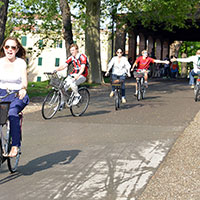 Enjoy a unique perspective on the city of Lucca with a bike tour circling atop its famed—and wide—medieval walls.

Enjoy a unique perspective on the city of Lucca with a bike tour circling atop its famed—and wide—medieval walls.

Arrive in Florence, meet your ACIS Tour Manager at the airport and transfer to your hotel. Begin to explore the Cradle of the Renaissance, perhaps stopping right off to practice your Italian language skills to order a sweet treat at a local gelateria.

This morning cross the Arno River via the historic and charming Ponte Vecchio to visit the Boboli Gardens. Tucked behind the Pitti Palace, this expansive park is beautifully laid out in the Italian style with statues, grottoes, fountains and other treasures waiting to be discovered at every turn. Continue up the hill to Piazzale Michelangelo where your trek is rewarded with the city’s most breathtaking skyline views—a vista dominated by the outline of Brunelleschi’s famous dome. Explore the beautiful San Miniato al Monte basilica nearby before enjoying a free afternoon to seek out more of Florence’s highlights at your own pace. You may want to visit the Duomo or interact with the local vendors as you shop at San Lorenzo market.

Journey by train to Lucca in the morning. Upon arrival enjoy a unique perspective of the city with a bike tour circling atop the famous, and wide, medieval walls. After time to explore more of Lucca on foot and perhaps sample some Tuscan specialties for lunch, hop on a train to Pisa. Learn the physics behind Pisa’s famous leaning tower and visit the Cathedral as you stroll around the Campo dei Miracoli. After dinner you’ll take the train back to Florence.

Depart Florence on a train bound for the former Etruscan city of Orvieto. Take the funicular up to the historical center, perched high on a plateau of volcanic tufa stone, and admire the view of the surrounding Umbrian countryside. The afternoon’s highlight is a guided cave walk through the secret labyrinth of tunnels carved into the soft rock beneath the city’s streets.

Take the train to Rome and deposit your luggage at the hotel before beginning your guided sightseeing tour. A three-day Roma Pass will allow you access to Rome's public transportation network. Arrive first at Vatican City where your local guide accompanies you through the Vatican Museums, including the Sistine Chapel, and continues to St. Peter's Basilica. In the evening mingle with locals during a relaxing passeggiata romana around the legendary Pantheon and bustling Piazza Navona.

Today explore the Eternal City like the locals who live here. Use your Roma Pass to travel by tram, stopping first for a walk through the Cimitero Acattolico (Non-Catholic Cemetery) to see beautifully carved tombs of some of the famous artists and Romantic poets who lived in Rome in the 18th century, such as Keats and Shelley. View the nearby ancient Pyramid of Cestius, originally built as a tomb for Roman magistrate Gaius Cestius, before continuing to see the Circus Maximus and the extensive ruins of the Baths of Caracalla. Next you'll hop off to visit inside the iconic Colosseum, one of the engineering marvels of the ancient world. The tram then takes you past San Giovanni in Laterano, the highest ranking of all Catholic churches, and Villa Giulia, home to the Etruscan Museum, before you end at the picturesque Piazza del Popolo. Perhaps walk through the grounds of the Villa Borghese from here, or stroll towards the Spanish Steps along streets that feature some of most exclusive shopping in Rome.

Explore the most famous of all roads that lead to Rome, the ancient Via Appia Antica, during a bike tour. Pedal first to the Church of Domine Quo Vadis, where a fleeing St. Peter encountered Jesus and turned back to his martyrdom in Rome. Continue out to the Roman countryside for a fascinating visit of the tunnels and underground Catacombs where the early Christians buried their dead outside Rome's city walls. In the afternoon return to Rome via tram and immerse yourself in the local culture of the authentic restaurants and markets that characterize the Trastevere neighborhood. 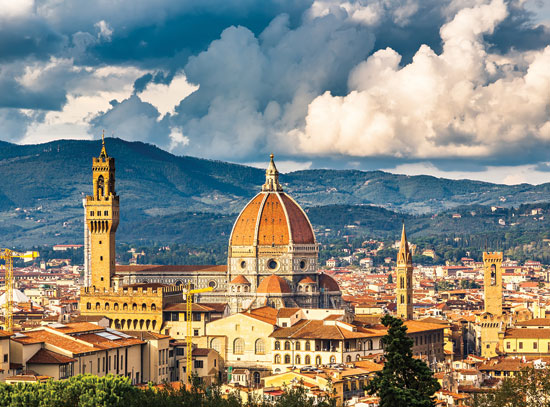 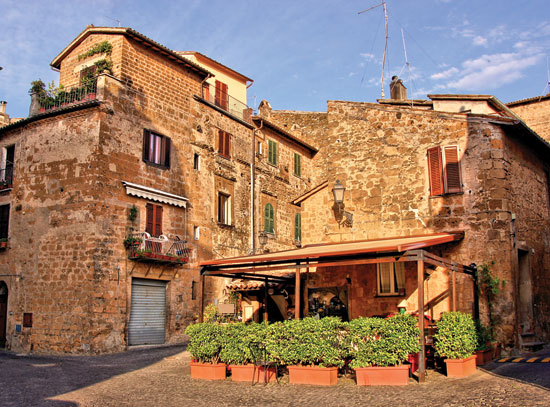 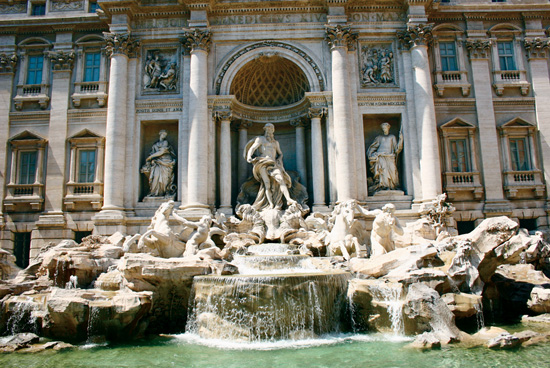 The tour was excellent in all respects. Best of all was walking through Florence and Rome and having serendipitous meals at local shops and trattorias. We will go again!” Michael C  Group Leader