Lincoln Center for the Performing Arts with Guide

Lincoln Center for the Performing Arts with Guide

Welcome to New York City! Meet your ACIS Tour Manager for a walking orientation tour of the city. After dinner in Times Square, walk through spectacularly illuminated Times Square to a visit to Madame Tussaud’s Wax Museum before ending your day with a group photograph at Times Square, “the Crossroads of the World".

After breakfast, head to Battery Park for the ferry to Ellis Island where you'll visit the magnificently restored immigration depot through which 17,000,000 people passed between 1892 and 1954 during the greatest wave of migration the world has ever known. Next, visit Liberty Island to take photographs of the 300-foot-high Statue of Liberty. Take the ferry back to Battery Park and walk via the Hudson River Promenade, and then to the Winter Garden where you can have an inexpensive lunch on your own at Hudson Eats. After lunch, meet your bus and transfer back to midtown for a specialized theatrical workshop taught by a member of the cast of the Broadway show you’ll be seeing in a matter of hours. Enjoy dinner in Times Square, then end your day at your choice of a Broadway show.

Meet your Tour Manager and walk to Rockefeller Center for a behind-the-scenes NBC Studio Tour where you'll visit Studio 1A, home of the TODAY Show, followed by a visit to the 150-year-old St. Patrick's Cathedral. After lunch, take a tour of the Lincoln Center that will provide an insight to auditions, rehearsals and performances. After dinner, end your day at a Broadway show.

Transfer to the World Trade Center in Lower Manhattan where you will enter the tree-lined National September 11 Memorial Plaza and walk to the two pools constructed in the footprints of the towers that were destroyed on September 11, 2001. Next walk next door to One World Trade Center for a 60-second, 100-story ascent to the top of the newly completed One World Observatory for a stunning, panoramic view of the whole of Manhattan Island, the Brooklyn Bridge, Ellis Island and the Statue of Liberty. Back at sea level, visit the Oculus, the World Trade Center's massive, white steel and marble transportation hub before boarding the bus for home. 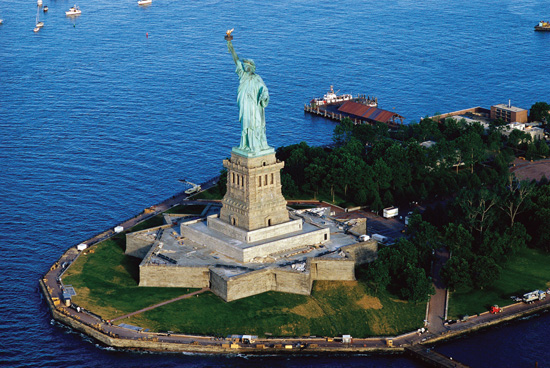 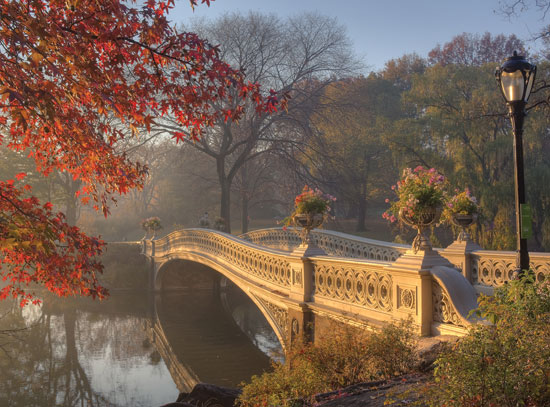